Associate Professor Hideyuki Hotta (Graduate School of Science, Chiba University) and Professor Kanya Kusano (Institute for Space-Earth Environmental Research, Nagoya University) succeeded to precisely reproduce the thermal convection and the magnetic field in the solar interior in the super high-resolution calculation on supercomputer "Fugaku". As a result, the basic structure of the solar differential rotation, that is, the equator region rotates faster than the polar region, was also reproduced without any artificial manipulation.

The calculation ability of "Fugaku" enabled us to reproduce the sun on the computer. We continue carrying out higher-resolution calculations. Our effort will be a big step towards solving the biggest solar mystery, the 11-year solar cycle.

This research was published in Nature Astronomy (13 September 2021). 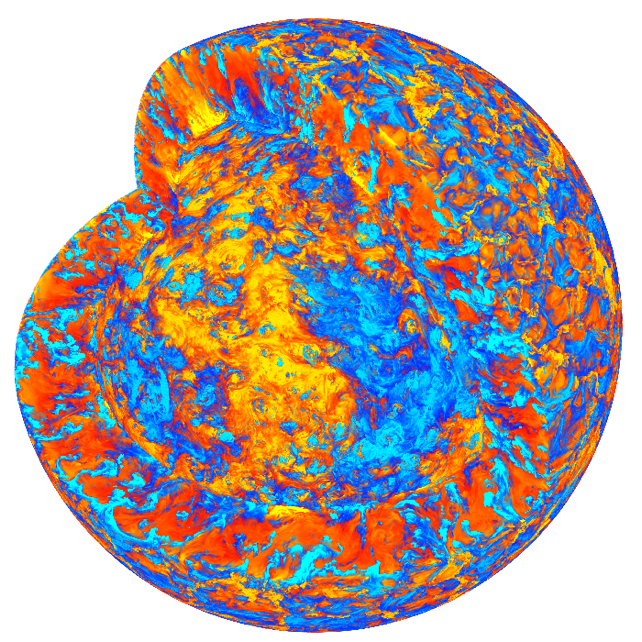 The solar internal convection structure reproduced in Fugaku.
The entropy, which is suitable to describe the thermal convection is shown.
Orange and blue regions correspond to the warm and cool, respectively.